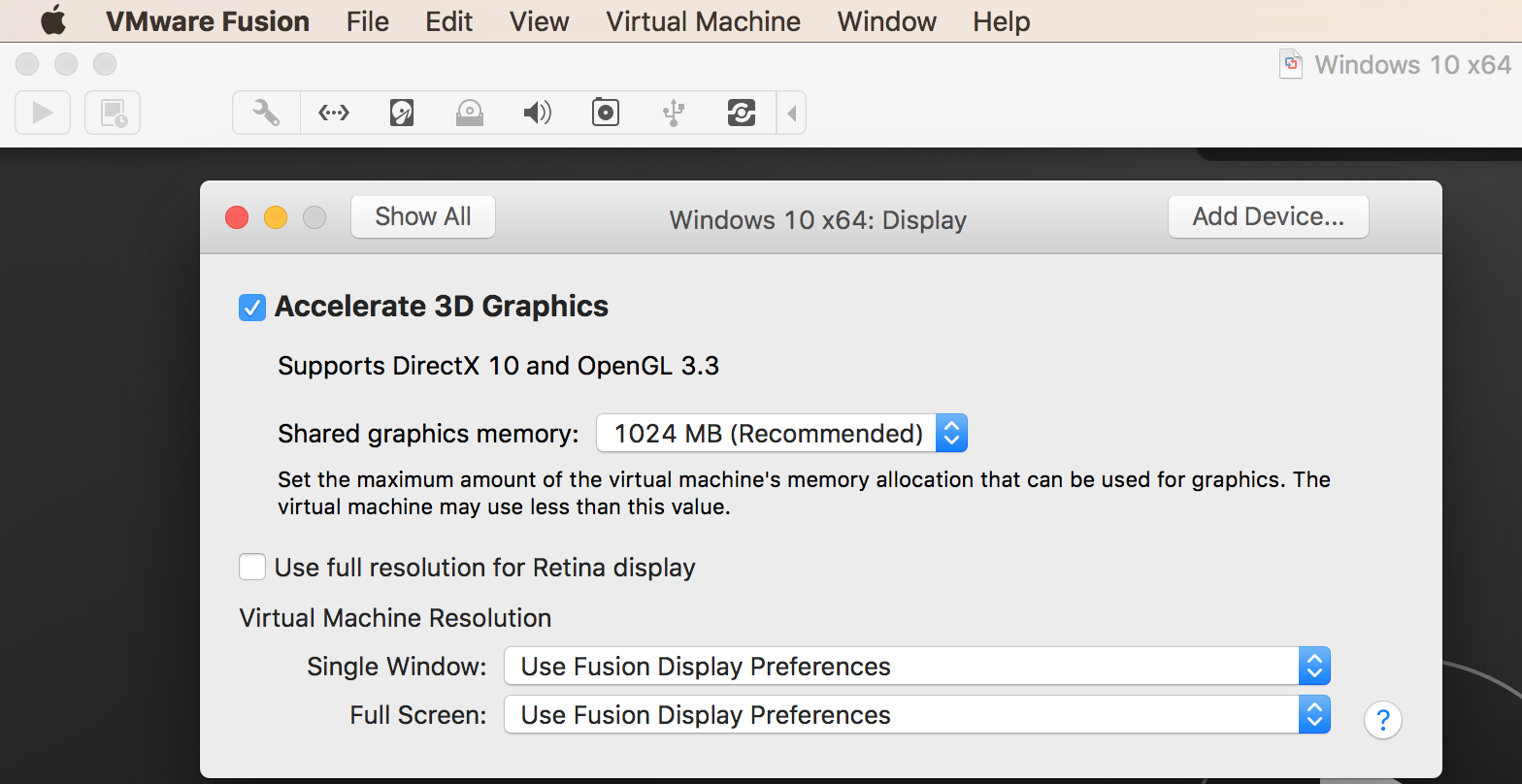 Mavis beacon for mac free. Click to expand.No I did a fresh install of the tech preview on 10.11 after finding that the normal version, 7.1.2 IIRC didn't work. The Windows VM was copied from my Yosemite/Fusion folder into the vm folder on 10.11.

After firing up up Windows, on the tech preview of Fusion, everything seemed fine, including the resolution. Then I used Windows Update to upgrade to the latest build and when it completed, that's when the low resolution began on Windows. I reinstalled vmware tools too and that had no effect. Click to expand.Thanks Mr. That made it much better. But there were no display drivers for my 1920x1200 Apple display. Only 1600x1200 or 1920x1440.

And since I never run a VM in full screen mode, either of those two display resolutions will after a while scale themselves down a bit to show the whole desktop, which makes everything fuzzy. Only way to get 1:1 pixels is to run the VM at 1440x1050. Is there a way to force the VM resolution to stay on 1600x1200, scaled 1:1, for example, and not have it scale the window, even if one side is larger than the actual display size? Also, the black area in the 'Icon View' in the Finder is still there. But still much better!