When Warner Brothers reissued Fleetwood Mac’s Tango in the Night, I messaged Jonathan Pretus of to talk about it. He’s one of my favorite people to talk to about pop music (he also joined me on the on Brian Wilson), but the album doesn’t get the same respect as Rumours or so I can’t count on even pop obsessives to care about it. Tango in the Night ends the run with that started in 1975 with Fleetwood Mac and included Rumours and Tusk, and the sessions for it were as dysfunctional as any the band went through, which is saying something. The band members turned to Lindsey Buckingham for help when it was time to record because the others didn’t have many songs.

Stevie Nicks still had time left on a rehab stint when the sessions started, so she was away for much of the recording. Buckingham had material for the follow-up to his 1985 solo album, Go Insane, and one of Buckingham’s conditions for shepherding the album to completion was that it be recorded at his house in his home studio. At times, that created strange stresses including everyone-including Nicks-singing vocals in the bedroom usually inhabited by Buckingham and his wife.

Mick Fleetwood lived in a trailer in front of Buckingham’s house for the sessions, and he admits in the liner notes that he and Nicks “needed to make lifestyle changes that had nothing to do with music.” The emotional mayhem caused Buckingham to decline to tour with the band after the album’s release, and when the rest chose to tour anyway with replacement members, his time in Fleetwood Mac came to an end. Tango in the Night reflects his fascination with the possibilities presented by technology and the studio. The album is unnaturally, technologically lush, and that florid sheen means the album shows its 1987 vintage so clearly that some fans of the band and classic pop consider it a glossy adult contemporary bridge too far. That dated sheen makes it easy to overlook some genuine musical adventure, some very human moments, and a lot of impressive pop craft. The sound of the album put Pretus off, but he and I chatted on Facebook while listening to it separately—him at his day job, me while enjoying a morning coffee. Dec 13, 2009. On the IDE at Pervasive before the product line was shut down in July of 2000. The original server was written for the pre-OS X Mac OS (Mac OS 9. The Tango product was taken over by (and renamed to) WiTango.

Here’s a slightly edited, occasionally annotated version of our conversation about the album. Rawls: Tell me Tango in the Night is on your radar as one of the great pop albums. Pretus: I’d be lying if I said it was. Take it I should dig in though? I've got real mixed emotions towards Fleetwood Mac. Lately I've kinda allowed myself to get more into Rumours and Tusk. Some of the more glossy ‘80s stuff I've never paid much heed to.

Cherrypick “Big Love,” “Seven Wonders,” “Everywhere,” “Mystified,” “Little Lies,” and “Family Man.” If those don't hook you, move on. I was hostile to Fleetwood Mac for years, but I got into Lindsey Buckingham songs on Tusk and that started to open the band up for me. Tango started as a Buckingham solo when the others didn't have songs, and his sensibility runs the show.

But I'm more into Christine McVie songs than usual here, and there are a few great Stevie songs. Another thing that helped open the band for me is the bonus studio disc of the Rumours reissue from a few years back. It has a killer and you can hear a Rolling Stones-like guitar chug in a lot of the songs that got downplayed in the final mix.

Tusk—I like it better now than ever. I've grown to like the others' contributions, though I still find “Sara” interminable. The liner notes for the reissue talk about about Stevie starting with a nine-minute version that the guys in the Eagles thought was so great, and when you hear that demo go on and fucking on, you get the added benefit of finding yet another reason to hate the Eagles!

Editors are Stevie's friend. Ha ha ha The reissue has three or four demos of “Tusk” that are all really interesting. That song is bulletproof. I kinda wish “Tusk” went on for 10 minutes. “Big Love” is pretty cool. Great chorus. My biggest complaint is the production, which is a thing I’m trying to let go of my prejudices about.

It could be Fleetwood Mac's version of Can if they had the patience and ambition that way. According the liner notes, the panting, sensual oohs and ahhs didn’t come from Nicks, who hadn’t joined the sessions yet. Buckingham sang them, then sped up or slowed down the tape to recreate the sound of a couple in bed. Or, to indelicately summarize, he by himself created the sound of himself making love to someone who sounded like Nicks. 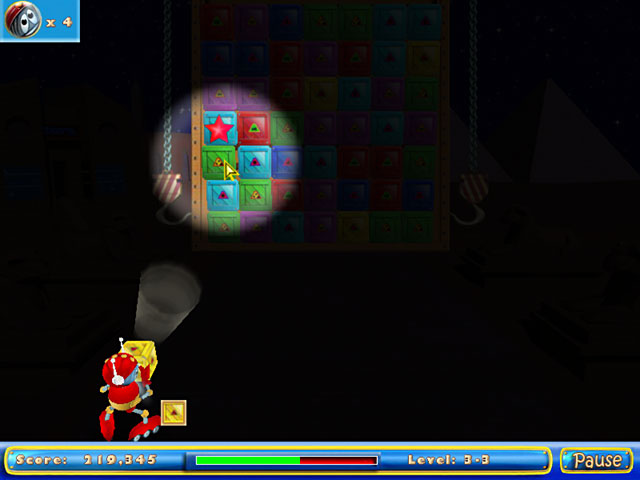 “Seven Wonders” is hooking me fast. The production is so of its time, but I find it David Lynchian in the way it takes the song out of the realm of human emotion and into pure sound. In retrospect, “Lynchian” is too-glib shorthand. Buckingham’s not that extreme an artist, but the two share an interest in less naturalistic representations. That simple little melody hook. Amazing, isn't it? It’s one of those songs I remember hearing on ‘80s Adult Contemporary radio or in the Galleria theatre while waiting for a movie.

I do kinda love this song tbh. Yeah, it's pretty sweet.

Very AC, but it holds up. I sometimes think how much better these songs would hold up with more human instrumentation, which may be my dinosaur mentality creeping through a bit. Often times that’s what makes the song.

I actually like how the now-dated electronic sound moves the songs away from the semi-confessional faux-realism that gives me problems with so much California folk/country/rock and those who followed it. I found so much music from that time sounds like soap opera to me. I’d also add that it sounds phony. This and Tusk absolutely don't, and it's a sonic fuck off to Eagles-ness and Andrew Gold and so much of that shit. I always aligned stuff like Rumours as more akin to Steely Dan production-wise.

Just sooooooooooooo clean and pristine. I hear you, but I always loved how Mick Fleetwood sounded like he had a sofa cushion for a snare. A sound not heard on Tango in the Night, incidentally.

He does that loooow snare thing a lot. Whether it was intentional or not, I like how it left space for three vocalists, all with high voices. Caroline” is strong. That chorus sounds like it could be an indie band today. You can really hear how far Buckingham had moved from the days of Fleetwood Mac and Rumours. In the guitar solo now on “Tango in the Night.” I didn’t expect this from a Mac album. Nice, isn't it?

Yeah, they're still very much a song band built around voices, but I hear Buckingham embracing the idea of being stylized and distrusting the faux naturalism of gtrs/bass/drums. It’s keeping them relevant sonically, too. Christine McVie really brings strong stuff on this record.

Best browser for mac 2018. Forgot how good “Little Lies” is. I was just thinking that.

She's the most pedestrian thinker of the vocalists, but those songs are tight and never tip over into bourgeois domestic drama the way she's prone to do. Her best songs are also really immediate. I think she had the first single off of Rumours, and 'You Make Lovin' Fun' from Fleetwood Mac was the biggest hit from that album, I think. I was wrong. “Go Your Own Way,” a Buckingham song, was the first single. I was thinking of “Over My Head” from Fleetwood Mac. This production style fits her vocals really nicely, I think.

There's a midrange that kind of has a synth pad element to it, and it blends really well on here. I can't remember any of her contributions to Tusk, but the sound moves her out of mansion and into a dynamic, recognizable world. This album had four hits: “Big Love,” “Seven Wonders,” “Little Lies,” and “Mystified.” I think “Family Man” is as good, and I love Popeye's 'I yam what I yam' as a chorus. I was just noticing that. Since Buckingham couldn't sell a joke a gunpoint, it plays beautifully straight.

The SNL impression of him is great. Finding “Welcome to the Room Sara” and “Isn’t it Midnight” to be a bit more pedestrian. I hadn't listened to either song in years. They’re not bad per se, just not really special. Seemed kind of phoned in.

McVie songs work on songcraft, Buckingham songs work on intelligence and adventure, and hers work because she’s Stevie. Pretus and I didn’t talk about the bonus material on the four-disc set since he didn’t have access to it, but little of it opens any new windows into the band. There’s an alternative take of “Mystified” with obvious differences that produce an equally enjoyable track, and the unreleased “Juliet,” with Nicks leading the band through a Stones-like boogie that sounds of a piece with Fleetwood Mac and Rumours. It ends with a disc of remixes, dubs and extended versions, primarily by Arthur Baker and Jellybean Benitez, all of which sound far more dated than Tango in the Night itself.

When an aspiring young architect is mistakenly thought to be gay by his wealthy employer, he is coerced into spying on the married boss' girlfriend - only to fall in love with her. Romantic comedy stars Neve Campbell (the 'Scream' trilogy, 'Wild Things'), Mathew Perry ('The Whole Nine Yards,' TV's 'Friends') and Golden Globe-winner Dylan McDermott (TV's 'The Practice'). Co-starring Oliver Platt (TV's 'The West Wing,' 'Ready to Rumble'), Bob Balaban ('The Majestic,' 'Best in Show') and John C. McGinley (TV's 'Scrubs,' 'Office Space'). 'Well cast and wittily written.

A smart and sassy comedy with a playful sensibility and subtle sensitivity.'