The new Mesh Era: AirPort Extreme Router Alternatives If you are looking for a new wireless router and do not want to rely on Apple’s AirPort range, you will find a whole lot of great alternatives. Apple recently announced that they would no longer develop the current AirPort series and soon discontinue them altogether. For Wi-Fi we have to dependent on other manufacturers from now on. Mesh Wi-fi is now state of the art.

Since the technical development has progressed, we list modern mesh systems here. A mesh network is characterized by the fact that the participating nodes are all interconnected. So if one failed, the signal can still arrive over another route. The most well-known example is the Internet: even if some computers would fail, there are still enough backup lines. The advantage that we get for our Wi-fi (usually with three devices in the current setups) is that you can achieve better coverage of the home or apartment without sacrificing speed. Since each node also serves as a router, the distribution of the signal is very controlled.

The previously used variant, the repeater, simply stupidly re-emitted the existing signal and halved the throughput in the worst case. The mesh systems promise better coverage, stable data throughput and – although technically complex – simple setup. Mesh Wi-Fi Alternatives to the AirPort Extreme Linksys Velop – affordable with good Performance Linksys offers the Velop system, the price-following successor to an AirPort Extreme – which even with the smallest system already offers two wireless elements and mesh functionality. It is also neat that large and small models of the Velop series are compatible with each other and can be mixed. If you have to cover a larger area, take the three-pack, if you need best performance go for the slightly larger tri-band models. In addition to the 2.4 and 5 GHz radio units, these have another one in the 5 GHz range, which provides even more data capacity – the traffic between the radio elements must also be handled.

This is useful if a lot of traffic is generated at the same time, all three wireless modules are then used dynamically. When it comes to evenly covering an area where you just want to have “Wi-Fi”, the small mesh Velops are sufficient. Netgear Orbi – Fast Mesh System with additional Ethernetports The Netgear Orbi Mesh product world is similar to Linksys: There are packages with two or three radio elements for the desired radio coverage as well as slightly slower and slightly faster models, which then have a faster internal networking. 1733 + 866 + 400 Mbps instead of 866 + 866 + 400 Mbps are available.

The first number indicates the speed for the internal mesh network, the next two are the speeds available to the clients in the 5 GHz and 2.5 GHz bands. Netgear has solved the interconnectedness exclusively: this wireless range is not available to clients. Linksys, on the other hand, uses the available bandwidth dynamically and uses all max.

Three radio modules also for the control of registered devices. Technically better is not necessarily one of the two, it is more a question of philosophy. The Netgear Orbis are also slightly more expensive than the Linksys, but also offer several Ethernet ports to connect some wired devices. Asus Lyra Home Wifi – The Firmware is not there yet Asus is also represented in the mesh router market and also divides its product packages by number (two or three elements) and built-in wireless modules like other manufacturers (5 GHz and 2.4 GHz or twice 5GHz and 2.4 GHz).

Unfortunately, Asus firmware not one hundered percent there yet. Especially users who have just an AirPort Extreme in operation should keep it in honor. It is extremely stable and supports pretty much any connected device. If you are looking for an improvement due to the Mesh Support, you should wait a few more firmware updates. Google Wifi – The simple to install classic Google’s mesh system, simply called Wifi, was one of the first on the market to be affordable and, above all, easy to set up for the home user.

That is still the case today. It has quite kept up with the newer technical equipment: the Google Wifi models are always available only with a 5 GHz and a 2.4 GHz radio module. A third, which provides support for high traffic, is not available. Download free video downloader for mac. The price is average.

TP Link Deco – cheap and average The TP Link Deco series is only available in one version: the three-pack for around 150 euros. The function is mostly stable, the app sufficiently functional. However, it should be noted that the routers are connected to the TP Link server and it is not clear which are transmitted. Bottom line so for the price: an average performance. If you are looking for an extremely solid solution, consider one of the other offers. Ubiquity Amplifi Mesh Router – The inofficial Apple successor Founded by a former Apple employee, Ubiquity makes everything from home routers to professional stadium solutions all about networks.

Although we are dealing here with mesh systems, the router alone is a sufficient solution for many. It is cheaper than the still available AirPort Extreme, comes with a display, is mesh-enabled and easy to set up by an App. If you want to expand later, you can simply buy the corresponding additional modules, and owners of large apartments can access the mesh pack right away. The Ubiquity solution offers the operational stability and quality that Apple is known for. If you want to build a real professional network, Ubiquity should be on your list – at a fair price. Tenda Nova MW6 – The clear price-performance winner. 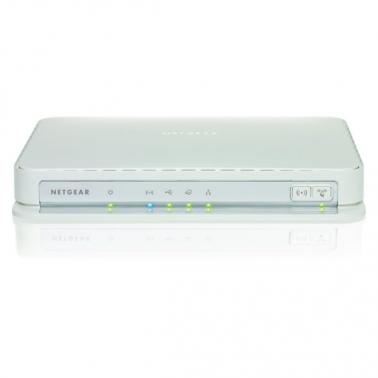 Tenda offers three MW6 cubes for 200 buck and one of best price performance ratios. Although only 5 GHz and 2.4 GHz are on board, this mesh system is more about even coverage than maximum speed. MU-MIMO, ie the simultaneous operation of connected clients is also supported by this cheap system, so you won’t miss out on important features. All in all, even up to seven stations can be connected – a good solution if a relatively large amount of space has to be covered. EnGenius EMR3000 – The maybe too simple network. One of the cheapest mesh systems to date is the EnGenius EMR3000. It also offers three radio stations with dual band.

These only do standard service: MU-MIMO is not supported. So basically it’s an old fashioned router with mesh functionality. In addition, the system does not seem stable enough to run.

For this price it is currently not for “set-it-and-forget-it” customers who simply need a running network. Eero Mesh – very stable and easy to set up The has an extremely good reputation for operational reliability and ease of setup. The price is between $ 300 and $ 500 and covers exactly what Apple had introduced as an AirPort successor. The routers and beacons still look good and fit seamlessly into the home environment. Although running stable, it is not the fastet option compared to other, newer systems. Luma – cheap price, high throughput If you like a system that is easy to set up and offers good speeds, Luma is for you.

The system does not offer much besides a mesh network, so if you are searching for tons of options, this is not your choice. Everybody else searching for a good mesh system for a very affordable price can try this system out. Beware though, that some users talk about stability issues. So try before you keep it.