Fixed bugs and product changes:. To conform more closely with the OGC KML 2.2 standard, we've made the parsing of the tag more strict in version 6.1. Spaces must only be used to separate the (longitude,latitude,altitude) triplets which specify the coordinates of a single point. It is invalid to add spaces between individual coordinates. We understand that previous versions of the client were more lenient, so if your KML files contain spaces beween coordinates in coordinate triplets, an easy workaround is to remove all whitespace located immediately before or after commas inside a tag. Several performance improvements that would allow smoother experience in specific computer configurations. Fixed 'Restrict to View' functionality during a shapefile import in Google Earth Pro. 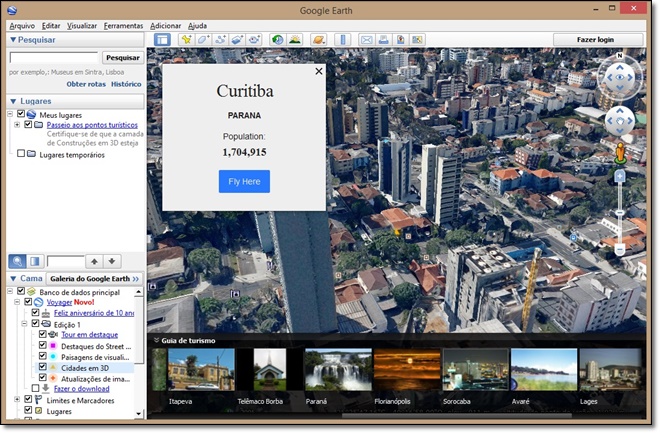 Sped up overlay polygon rendering in OpenGL mode. Fixed loading of kmz files when the first file at the root level was image file. Upgraded GDAL support to 1.7.0 and fixed issues with importing.tab files in Google Earth Pro. Fixed the discrepancy caused in measurements due to multiple radii of Earth used inside Google Earth. Fixed an issue where placemarks created with UTM coordinates did not move when edited.

Fixed an issue when screen overlays disappeared in a print-out. Lithium project on flowvella.